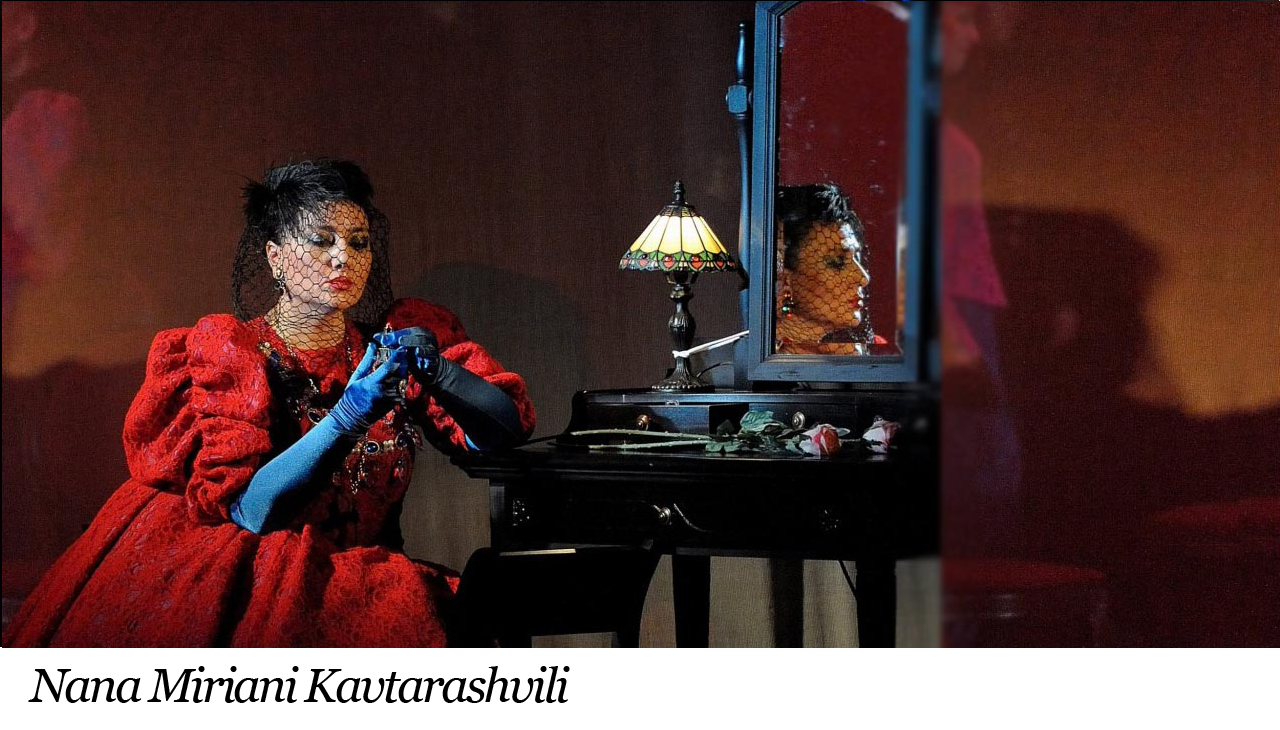 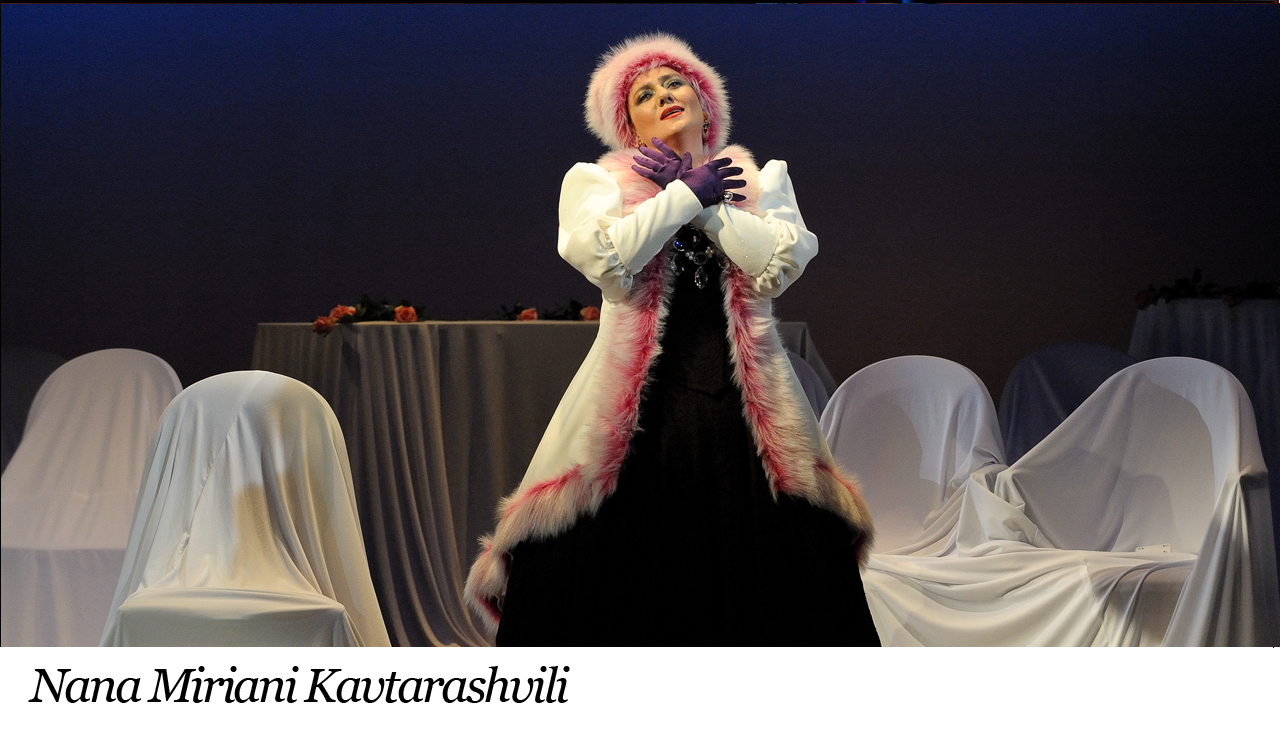 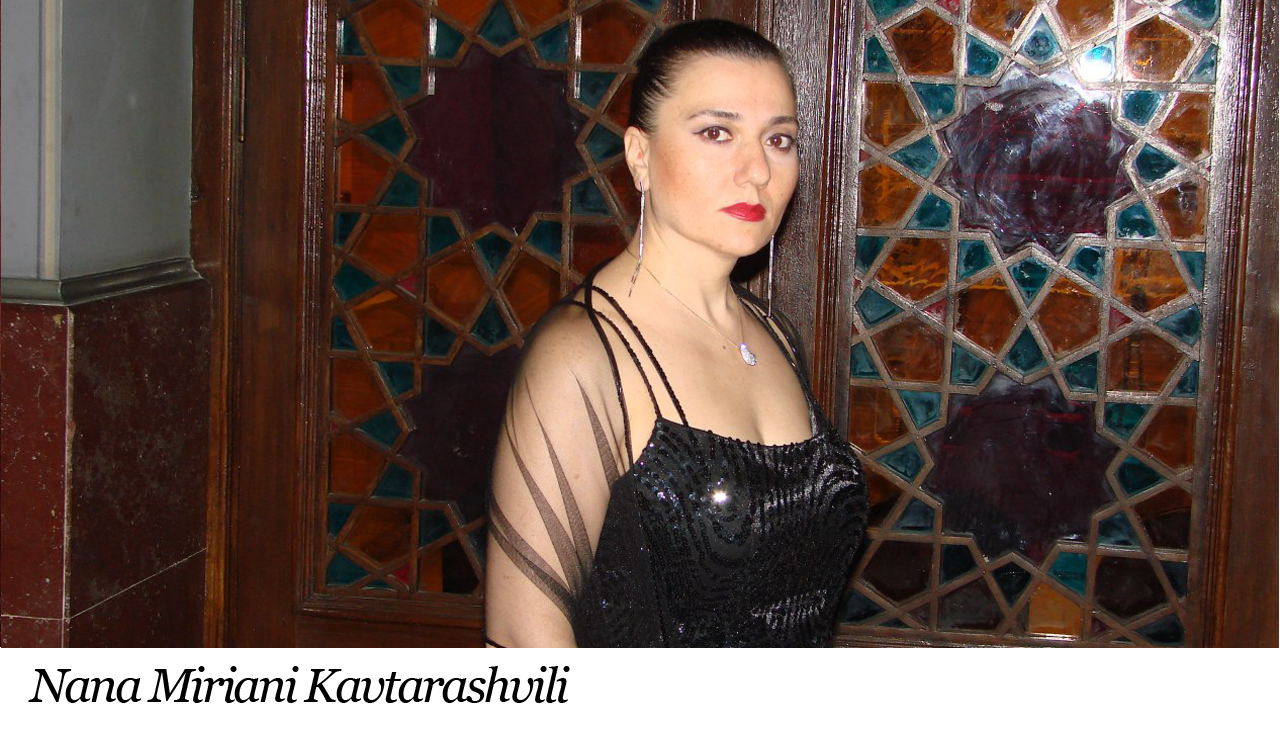 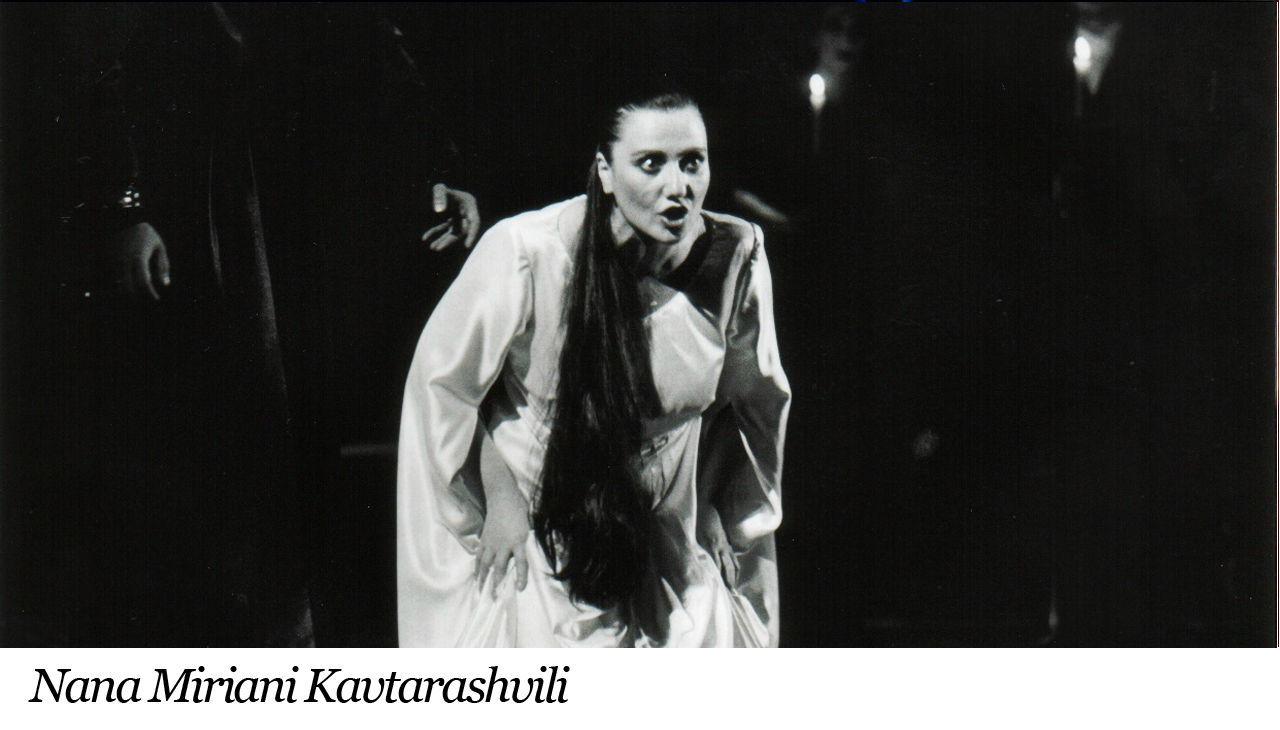 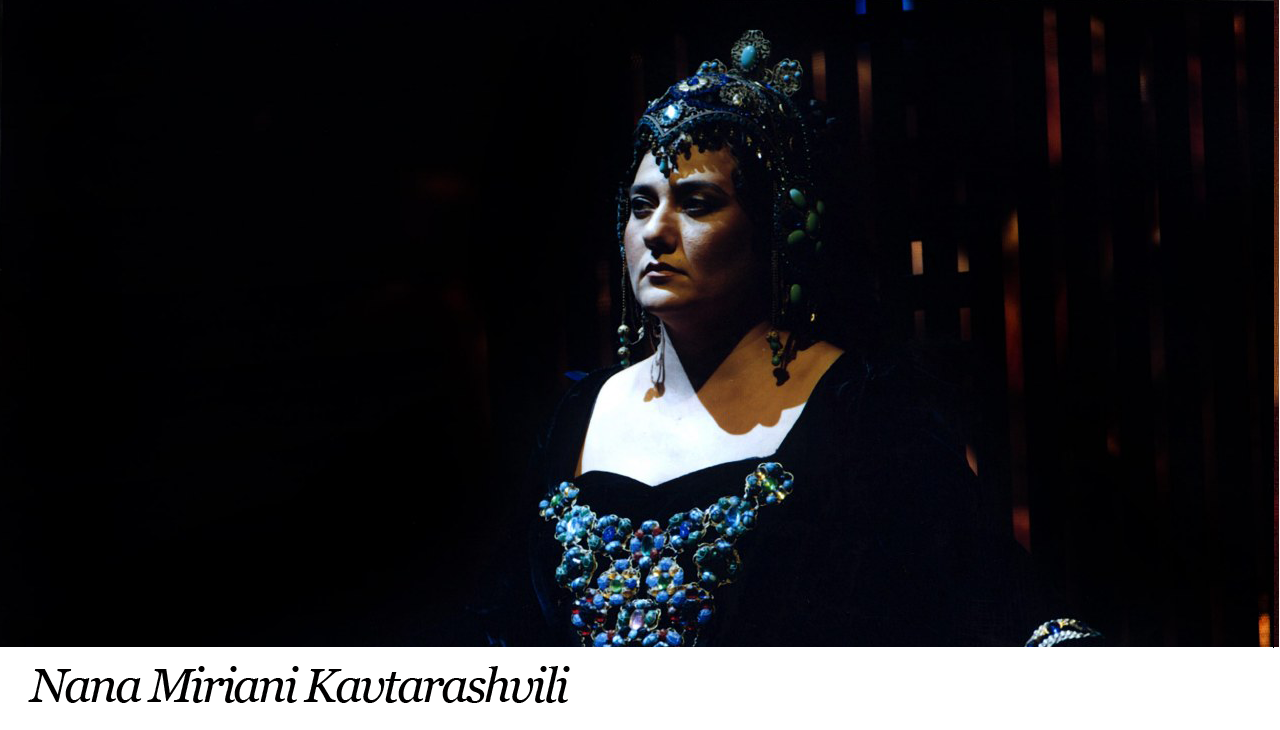 Born in Tbilisi (Georgia), she graduates in singing at the Conservatory of her city.

In Italy she attended the Chigiana Academy and the Course of Training and Improvement of the “Academy of Singing Arturo Toscanini” in Parma, under the guidance of Maestro Tenor Carlo Bergonzi, obtaining certificates of merit and scholarships.

In 2000-2001 she attended the Specialization Course of Vocal Interpretation “Verdi Opera Studio”, “Foundation Verdi Festival” at the Theatre Regio in Parma, under the guidance of Soprano Renata Scotto.

In 2018 she attended a series of lessons held by Maestro Riccardo Muti on opera Macbeth by Giuseppe Verdi at the “Riccardo Muti Italian Opera Academy” in Ravenna.

He is currently studying with the Soprano Aprile Millo.

She made her debut in 1998 in Busseto, playing the role of Abigaille in Nabucco by G. Verdi, conducted by Maestro Romano Gandolfi, with the Symphony Orchestra of Emilia Romagna “Arturo Toscanini” and Chorus of the Theatre Regio of Parma, in the presence of the President of the French Republic.

In 2001, she sang in the Festival “Radio France”, for the Opera Berlioz in Montpellier, in Cavalleria Rusticana by D. Monleone and in Resurrezione by F. Alfano, conducted by Maestro Friedemann Layer, with CD recording.

During her career she played the roles of:

Abigaille in Nabucco by G. Verdi, at the Teatro Lirico in Cagliari, conducted by Maestro Antonello Allemandi and directed by Daniele Abbado, at Theatre Bielefeld, Germany (2006), at the Wielki Theatre in Poznan, Poland (2006), at the State Opera Z. Paliashvili of Tbilisi, alongside bass Paata Burchuladze, baritone Lado Ataneli and tenor Zurab Sotkilava (2009), at the Festival Steinbruch Rohrdorf of Munich, Germany (2009), at the National State Opera A. Dvorak in Ostrava (2012), at the State Opera of Prague, as a guest soloist (2008, 2009, 2010, 2011, 2012, 2013)

Amelia in Un Ballo in Maschera by G. Verdi, engaged at the Teatro Regio in Parma, conducted by Maestro Valery Gergiev and directed by Andrey Konchalovsky (2001), in the Theatres of the Circuito Lirico Lombardo, Theatre A. Ponchielli in Cremona, Theatre Grande in Brescia, Theatre Sociale in Como, Theatre G. Fraschini in Pavia, conducted by Maestro Tiziano Severini, alongside tenor Salvatore Licitra (2002), and at the State Opera Z. Paliashvili of Tbilisi (2007)

Odabella in Attila by G. Verdi, at the State Opera Paliashvili of Tbilisi (2008), directed by Jean Louis Grinda.

Aksinja in Lady Macbeth of the Mtsensk District by D. Shostakovich, at the Theatre Comunale in Florence, for the Maggio Musicale Fiorentino, directed by Lev Dodin and conducted by Maestro James Conlon (2008), with DVD recording

Turandot in Turandot by G. Puccini, at the State Opera Z. Paliashvili of Tbilisi, directed by Alfonso Signorini and conducted by Alberto Veronesi (2018)

Concerts and Recitals in Italy and abroad.

Concerts in Santa Cruz de Tenerife and at the Teatro Perez Galdos in Las Palmas de Gran Canaria (2009), and at the Liederhalle in Stuttgart (2010).

Concerts, singing arias by Richard Wagner, from the roles of Brunnhilde and Isolde (2011, 2012)

Gala Concert, alongside international level artists, at the Salle Pleyel in Paris (2012), with DVD recording

Concerts “Verdi Gala” for the bicentennial of the birth of Giuseppe Verdi, in Busseto and in Czech Republic (2013)

Concert “Puccini Gala” for the anniversary of death of Giacomo Puccini, (29th November 2014), singing the aria “In questa reggia” from the opera Turandot, in Czech Republic

Gala Concert, presented by the famous actor Alain Delon, alongside other famous opera singers of international level, in Tbilisi (2015)

Debut in the role of Gioconda, in the opera La Gioconda by A. Ponchielli, at the Opera Theatre of Batumi (Georgia), alongside baritone Lado Ataneli (2015)

Messa di Gloria by G. Donizetti, as Soprano soloist, at the Festival of Sacred Music of Olomouc (Czech Republic, 2015), with Radio and TV broadcasting.

Messa da Requiem by G. Verdi, as Soprano soloist, at the Festival of Sacred Music of Olomouc, (Czech Republic, 2018), with Radio and TV broadcasting.

Symphony No. 9 by L. v. Beethoven, as Mezzosoprano soloist, at the Teatro Rossini of Pesaro, conducted by Maestro Hideaki Hirai (2019).

Gala Opera Concert for the Sarzana Opera Festival, in collaboration with the Theatre Carlo Felice of Genoa (2021).